Ice and Fire: The Viking Condition 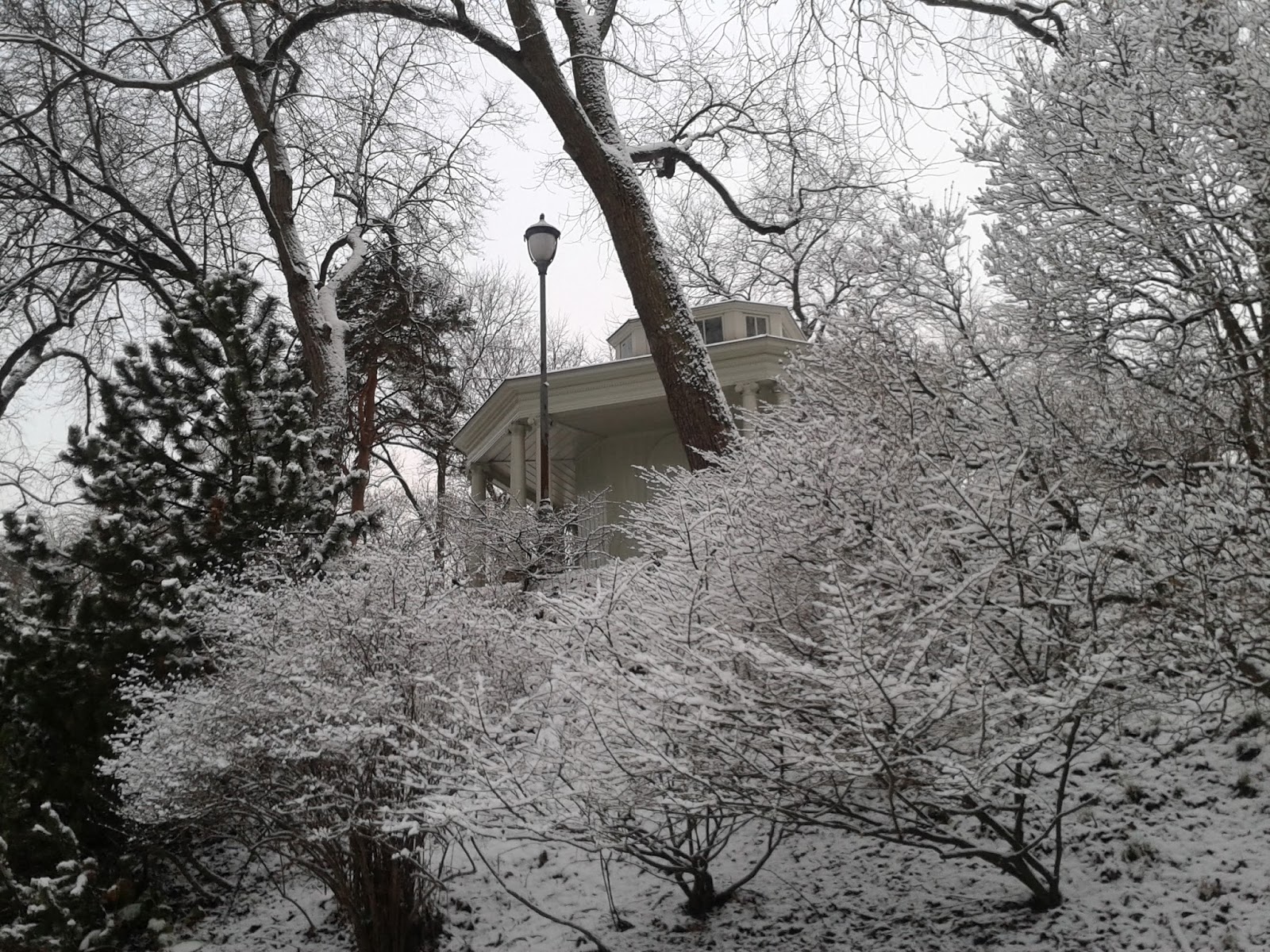 Some say the world will end in fire / some say in ice'. Despite his name, the American poet Robert Frost was inclined to 'favor fire' for bringing about the end of the world, but acknowledged 'that for destruction ice / is also great / and would suffice'. His thoughts were not new, as they were anticipated a millennium or so earlier by people in the Viking Age, whose myths show a full awareness of the destructive powers of both fire and ice. But the Norse myths also envisage creative possibilities in these unavoidable natural forces. In Snorri Sturluson's version, at least, the first creature in the world, Ymir, ancestor of the primeval race of frost-giants, was created in the encounter between rime and heat. These frost-giants reappear at Ragnarök, on the side of destruction, along with Surt and his flaming followers.

I was pondering these questions on a recent two-week visit to Oslo on runological business. There's nothing like some close(ish) encounters with these opposing forces to make you realise their power. For even in the twenty-first century, in the capital city of one of the richest countries on the planet, December and January are not for the faint-hearted. This year the snow was particularly late in arriving, so despite a little snow in December which melted quickly, Oslo just continued dark and cold until the day I arrived in January, when an overnight snowfall left much of the city looking like the photograph, above. It certainly felt like a blessing. At this time of year, snow makes a real difference, lightening the long dark days, muffling the sounds of the city, and generally providing great pleasure for children and skiers. I like it too. But once the snow arrives, large quantities are hard to shift, despite the multitude of devices of various sizes available for this purpose, and once packed down, the snow can become icy and treacherous to those unprepared. Both people and vehicles need to make provision - you can buy special cleats for all kinds of shoes, including trainers and high-heels (!), and the television was full of stories about foreign lorry drivers coming a cropper because their trucks weren't properly 'shod', as they charmingly put it. And to leave the house you have to factor in a lot of time to put all the requisite layers on, and then you feel a bit like the Michelin man when you do.

Ice and snow are certainly a nuisance and can be deadly but, as Frost acknowledged, fire is the more obviously destructive force. While I was in Norway, a devastating fire exacerbated by high winds destroyed thirty-odd buildings, including seventeen dwelling-houses, in the village of Lærdalsøyri. Mercifully, no lives were lost, there weren't even any serious injuries (although deaths in house fires are quite common in Norway, there was one elsewhere in the country a day or two later). But several of the buildings were historic and, apart from the seventeen families who lost everything, the character of the place (and therefore its livelihood, which depends heavily on tourism) is severely dented. It's a beautiful and charming place that I last passed through in 2010, and it was heartbreaking to watch the destruction as it unrolled. On the plus side, the inhabitants seemed all to be remarkably resilient and supporting each other to the hilt and, at this early stage, determined to rebuild in the same place. Let's hope it works out for them.

It's clear that the treacheries of both ice and fire have always been a part of the Norwegian experience, and one can only begin to imagine the vicissitudes of life at those latitudes, and lived largely in wooden houses, over the last few millennia. Human beings have always had to be heroic to survive, but different geographies demand different kinds of heroism, and it has always seemed to me that the Scandinavians have always coped particularly heroically with these ever-present dangers, and even made them into positives. After all, who else would choose to live in a place called Iceland, less icy than its name suggests, but certainly plagued by volcanic fire? Or optimistically give the name Greenland to a land mostly under ice at the time? Just surviving in northern Norway for several millennia is truly heroic.

I have always had a deep admiration for the Vikings, for many reasons, but particularly for their hardiness and courage in the face of physical extremity. In this great Year of the Viking, with excitement about the upcoming British Museum exhibition reaching fever pitch, it is wonderful to see the enthusiasm of many. Yet there is also the danger of it all being treated as a bit of a joke. Over the years I have endured many snide comments about my professional title. More recently, people have enquired as to my views on Viking gymnastics, or Viking helmet knitted hats (complete with knitted hair and beard), or the Jorvik Viking Festival's claim that Ragnarök will arrive on the 22nd February. Even the Daily Mail has written some rubbish (when does it write anything else?) about runes (I won't provide a link because I don't want people to read it!). I don't mind a bit of fun myself, and even hope this blog occasionally provides it. But, like the Vikings themselves, I am quite a serious person, and my interest in the Vikings is pretty serious too (the 'fun' of skaldic poetry is certainly an acquired taste for many). Not least of my admiration is for their bravery in the face of ice and fire. Our ultimate destruction, by whichever means, is inevitable, but we can have a jolly good fight against it first.
Posted by Viqueen at 24.1.14 No comments: