The Birth of Norway 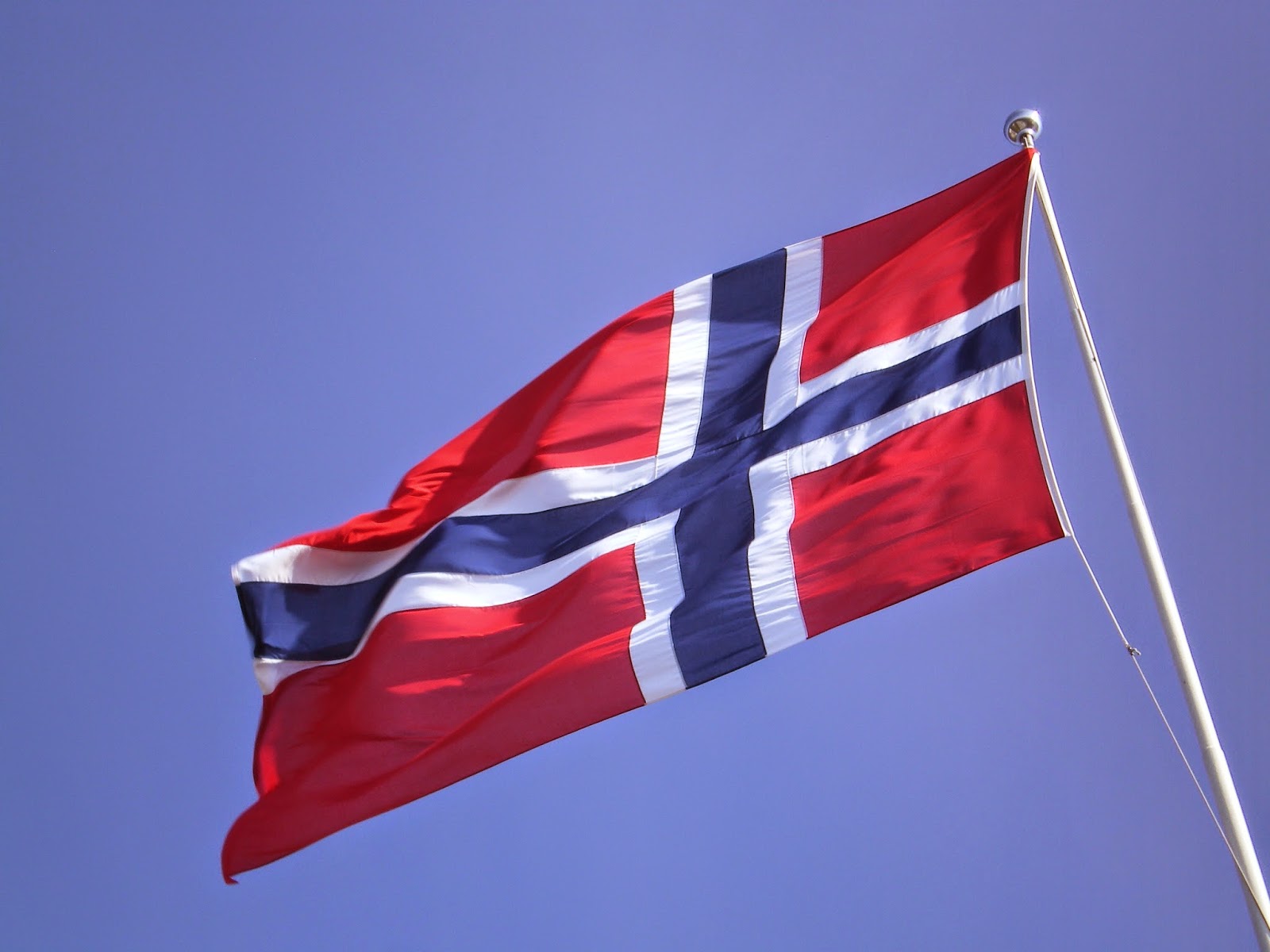 Today the Norwegians celebrate the bicentenary of their constitution, and their freedom from Danish rule. Til lykke med dagen! Although they did not achieve full independence until 1905, the adoption of the constitution in 1814 marks the birth of the modern nation of Norway. But Norway as a geopolitical concept goes back at least to the Viking Age, as attested by two important runic inscriptions. Both the larger Jelling stone, from Denmark, and the Kuli stone, from Nordmøre in Norway, mention Norway in the context of the conversion to Christianity in the decades around the year 1000. The Jelling inscription also acknowledges Norway as a political entity which could be conquered by that ambitious king, Harald Bluetooth of Denmark (which also gets a mention in the inscription).

Much could be (and has been) said about the earliest history of Norway. But today I celebrate my favourite country by joining its (supposedly) eponymous founding king on his first royal tour of the dominions. The beginning of Orkneyinga saga (chapters 1-4) envisages the parallel origins of Norway and its western islands in a story about two brothers, Nórr and Górr, who conquer their realms during a long search for their missing sister Gói. There is much of interest in this legend of conquest and origin (and other versions of it exist), but what I particularly like is its visualising of the geographical extent of Norway, a kind of map avant la lettre.

Górr sets off immediately to search for his sister by ship 'around the out-skerries and islands', while Nórr rather awaits the time when 'snow lay on the heath and the skiing was good'. (As in so many sagas, skiing is a quintessentially Norwegian activity in the view of the somewhat bewildered Icelanders). His journey of conquest starts in the far north-east, Kvenland, where his family originates, and then travels west across the 'Keel' (the mountain range which now separates Norway and Sweden), until 'the waters fell on the west side of the mountains'. They follow these 'waters' down to the sea, arriving in a great fjord with populous settlements and large valleys branching off it, where Nórr subdues the local population and makes himself king of the district. But by now it is summer, so Nórr being Nórr, he awaits the skiing season again. Then he heads up the valley which goes south from the fjord ('which is now called Þrándheimr', the Trondheimsfjord), while sending some of his men along the coast of Møre. Nórr follows the great valley south until he gets to the great lake of Mjǫrs (Mjøsa), from where he turns west into 'the district which they called Valdres'. From there they head to the sea, arriving at 'a long and narrow fjord, which is now called Sogn' (and probably passing through Lærdal along the way). In this western region he meets up with his brother Górr, and it is at this point that they decided to divide up their realms so that Nórr has the mainland and Górr the islands to the west.

Nórr then consolidates his eastern regions, by travelling first to the Upplǫnd (Opplandene), where 'it is now called Heiðmǫrk (Hedmark)'. There he finds his sister, who has been kidnapped by the local king, son of a giant of Dovre (shades of Peer Gynt there!). After an unsuccessful attempt to kill his newly-discovered brother-in-law, Nórr resolves the matter by marrying his brother-in-law's sister. It is at this point that he names the country Nórvegr and he rules it for the rest of his life. The saga then turns to the adventures of Górr, which are of more interest to the subsequent history of Orkney which is its prime concern. So it may not be significant that the southern part of Norway is missed out from this long-distance ski-tour. Or the story may reflect a time when southern Norway was ruled by Denmark, as Harald Bluetooth boasted on the Jelling stone. Other versions of the story (notably Hversu Nóregr byggðist in Flateyjarbók) have more geographical detail and clearly the conceptualisation of Norway shifted according to historical and political circumstances.

And then there is the name... The story of how Nórr gave his name to Nóregr is usually dismissed as a learned medieval construction and the whole story as an origin myth, which in many ways it clearly is. But I don't think the whole story of the origins of Norway's name has been told yet, a topic to which I may return in another blog sometime.

In the meantime, we congratulate modern Norway on its 200th birthday.
Posted by Viqueen at 17.5.14 No comments: